ST. LOUIS, MO, July 18, 2022 /24-7PressRelease/ — Three St. Louis County women were awarded a settlement totaling 450,000 after sustaining injuries in a hit and run. The key piece of evidence: a dash cam video submitted by a Good Samaritan and witness of the crash.

After the collision, the three women were taken by ambulance to Barnes Jewish Hospital. Geneva was later transferred to Mercy Hospital out of concern for blood clots. According to attorneys Geoff Meyerkord and Tara Dimler, the women suffered from injuries of the head, spine, abdominal, nasal bone, ankle, and rib.

Meyerkord and Dimler suggest that the dash cam footage was vital in proving the severity of the crash, as it shows the Chevy Challenger crashing into Johnson’s car. The dash cam shows the driver of the Chevy Challenger operating their vehicle recklessly, exceeding the speed limit and weaving between lanes at high speed. The footage ends depicting Johnson’s vehicle obliterated in the middle of three lanes of interstate traffic.

Meyerkord and Dimler successfully obtained full and final settlements of all claims under the clients’ Uninsured Motorist coverage with Allstate and Progressive. Geneva receives $210,000 and LaShanda receives 215,000 for their harms and injuries. In addition, Marbley received the policy limit of $25,000 from Progressive. 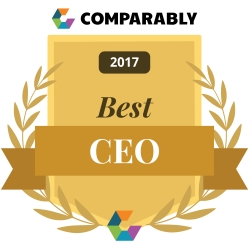