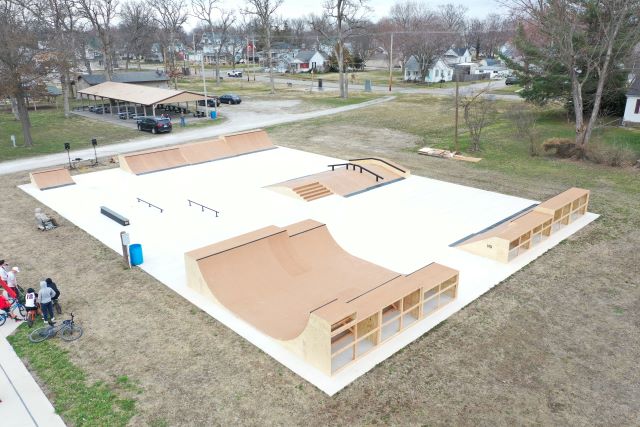 From the OC Ramps Warehouse to Marissa, Illinois

SANTA ANA, CA, April 23, 2021 /24-7PressRelease/ — Back in February 2020, the OC Ramps team received a request from the mayor of a small town in Illinois called Marissa. He was inquiring about getting a public skate park built for the community.

He started off by sharing photos of the location of where they were wanting to have the park built. From the photos shared, the space was made up of grass and dirt on a flat plot of land. Given the available space and terrain, we advised him that he would need to have a concrete pad poured for the skate park to be built upon. Based on the budget we had to work with, we calculated that the concrete pad would need to be 110 ft long by 70 ft wide in order to fully accommodate this town’s skate park dreams.

After receiving the photos and bouncing ideas back and forth, we created a rough, napkin sketch of the layout for his approval. Once the city and the local kids approved the napkin sketch, we proceeded with creating the renderings.

With the photos of the space we had to work with and our napkin sketch, we then met with our graphics department to create the renderings of what the park would essentially look like once it was completed. We ensured that the renderings were to scale. This is because we wanted to provide the best and most accurate visual so the mayor could share the renderings with the local skateboarders in the community. It was important that we received the input from the community members.

Once the renderings were complete, we shared them with the mayor. He then had a meeting with the local kids in the community. They all approved of the skate park renderings and once we received the green light, we began to do all of our prefabrication in our warehouse here in Orange County, California.

Initially, the mayor was hoping that the park would be built and ready to skate by Spring or Summer of 2020. The team was ready to get going on this project to meet this requested time frame, but when California was shut down in mid-March due to the pandemic and associated stay-at-home order, our prefabrication and scheduling had to endure the necessary delays.

Once we were able to jump back into prefabrication, our team spent over a month fabricating all of the necessary materials at our warehouse location. The staff had to roll in and assist with the preparation of all necessary materials and ramp kits. We were working hard to create our own blueprints and schematics for this project. The goal was to try to pre-cut and pre-drill all of the materials, as much as possible, in our warehouse in order to avoid any hiccups out in the installation field. As our customers may know, some cuts are inevitable and must be done on-site during the installation such as those last pieces of Gator Skins. Nonetheless, our team tried to pre-drill and countersink all of the applicable materials in advance. The skating surface which was chosen for the ramps was a weatherproof and outdoor material known as Gator Skins. Gator Skins was chosen as it will be advantageous against the weather elements that Illinois will bring.

After all of the materials were prepared in the warehouse, our team packaged everything onto pallets. We organized the pallets in a manner that would allow us to know and locate which materials went to which of the skate ramp products we would be building. We did this as we were concerned about arriving onsite and everything being mixed up. To further ensure this organization was possible, our team went through and labeled each pallet accordingly.

OC Ramps CEO, Tyler Large and the additional five men included on this project booked their flights and Airbnb. As soon as they received the news that the pallets were delivered, they hopped on the plane and flew out to Illinois. The team build included a few of the skateboarders who are on our team and we were honored to have them come along with us. We had Dave Bachinsky, Tom Ryen, and lastly Austen Coburn. Not only did they help out on the installation of the skate park, they also did a demo for the community upon the skate park completion.

The crew flew in on a Sunday evening, rented their party minivan, and headed straight to their Airbnb. They opted in for an Airbnb because there were no hotels in this tiny town. The Airbnb was 30 minutes outside of town and had a very historic feel as it was built in 1844.

First thing Monday morning, the build began. The team decided on a goal to complete the half pipe, in its entirety, and to complete the framing of all of the quarter pipes and banks. The half pipe was one of the larger projects for the skate park because it was 24 ft wide and had three different heights – 4 ft, 5 ft, and 7 ft. The work was put in from sunup to sundown, but as the sun was setting at 6 pm we were really excited to end the day knowing that we were able to finish with our goal.

Day 1 was a success!

As Day 2 came around, the goal was to finish putting the base layer of plywood on all of the quarter pipes and banks along with sheeting them with the Gator Skins. We also aimed to begin the center section of the skate park which included a bump to hubba, rails, and stairs. We worked again from sunup to sundown and were stoked to end the day with another goal met.

On Day 3, the goal was to finish the park and have it 100% ready for the skate sessions to begin. The crew made this the main focus of Day 3 as they were up against the weather as it was supposed to rain the last day which would have been Thursday. It was vital that they worked overtime and made sure that the park was completed and finalized by Wednesday afternoon.

The mayor then notified the town through social media that the crew would be done by Wednesday afternoon and that we would be hosting a basic skateboard demo and ribbon ceremony on behalf of the new skate park. The team told the mayor (half jokingly) that we needed a PA system to blast Metallica if they were wanting our skaters to do the demo. Without any hesitation to our sarcasm, he said he was on it.

Low and behold, at 3 pm on Day 3, a sound guy showed up with huge speakers and cables to fulfill our request. The whole town arrived in the afternoon. Kids of all ages and adults filled the crowd. After a warm introduction by the mayor, the team shared a few thoughts and stories about the process through the microphone.

After that, Dave Bachinsky, Tom Ryen, and Austen Coburn did a 30-minute demo before allowing everyone to rush the park and skate with the crew.

When the kids got their time to skate the park, they were over the moon excited to take photos and have the guys sign their skateboards. The only downfall which we were later informed of by the mayor was that after skateboard signings, the kids did not want to skate because they wanted to preserve the autographs on their boards.

When all was said and done, the team went to celebrate with a feast at the one diner in town. The mayor then wanted to take the guys out for a fun evening at the one local bar. The crew had an incredible time socializing and celebrating with everyone in the town of Marissa.

The next day, it did rain, as was anticipated. The team took their party van back to St. Louis for where they prepared for the flight back home. During their travels, they did make an additional stop at the Arch.

The crew flew back to Los Angeles, California that afternoon and returned to the warehouse next day to do it all over again.

The entire crew at OC Ramps wants to express our gratitude to the mayor and the entire city of Marissa, Illinois.

Our crew had an absolute blast working on this project from start to finish. It never feels like work when you are doing something you are passionate about. We are not just passionate about building ramps, but we are also passionate about giving back to the community. We cannot describe how amazing it was for the 6 guys on our team to see the looks on these kids and parents faces when there truly was not anything more than just a basketball court in the town.

Kids were coming from neighboring towns into Marissa to take advantage of the new skate park. It was a really cool feeling just to see what good this will provide for the community, as well as, the local towns in the area.

This skate park has truly put Marissa, Illinois on the map.

Thank you to Marissa, the mayor, and everyone for being so accommodating and treating us like UK royalty and for being all around awesome people to work with. The crew is ready to go back as soon as possible for a quick getaway and to skate the park.

OC Ramps Inc. is a family owned business that puts the consumer first. Our mission statement is simple “Provide quality skating equipment at affordable prices.” We want everyone who skates to be able to afford an OC Ramp, no matter where they live or where they come from. Providing skaters with ramps that let them practice the sport they love, is what we love.

Tyler Large & family (Owners of OC Ramps, Inc.) have been building skate ramps in Orange County, California since 1997. Originally, the ramps were sold pre-built and hand delivered locally in Huntington Beach. After a couple of years Tyler saw the demand for skate ramps and decided to jump into the broader market.

Our vision is to design and offer high quality wooden skateboard ramps—in easy-to-assemble kits. Why wooden? Because they’re stronger, more durable…and they’re the riding choice of top “pros”! In each kit, everything is included; pre-drilled boards, screws and easy to follow instructions. Every ramp can be assembled in a couple of hours using a drill.

At OC Ramps, we’re commited to bringing you the thrill and adrenaline rush of skateboarding—right to your home! Enjoy riding and shredding your moves…on your own ramp! 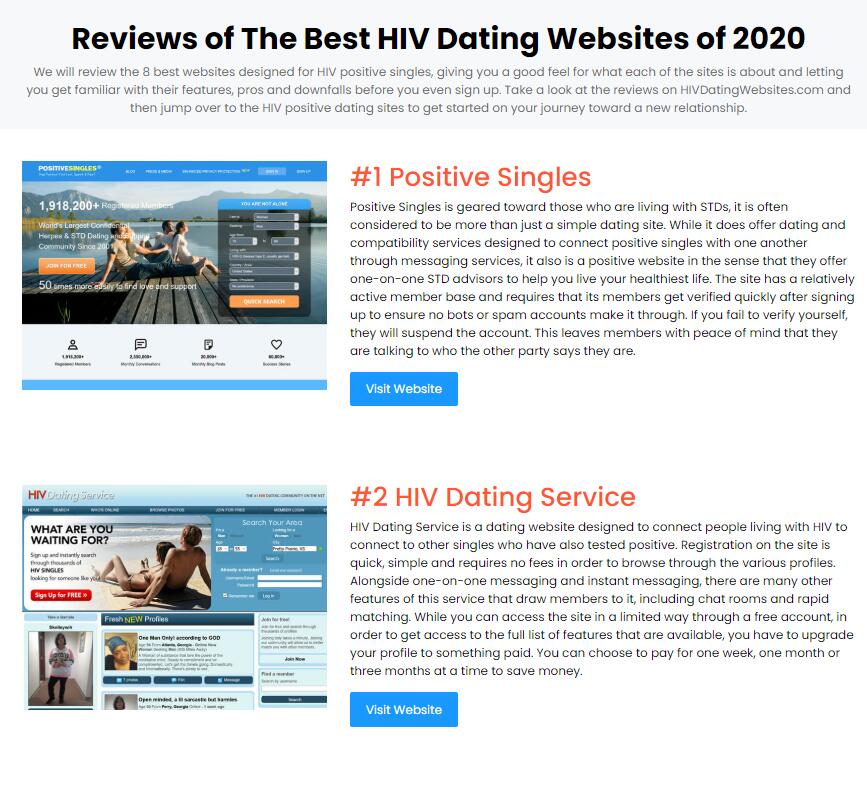 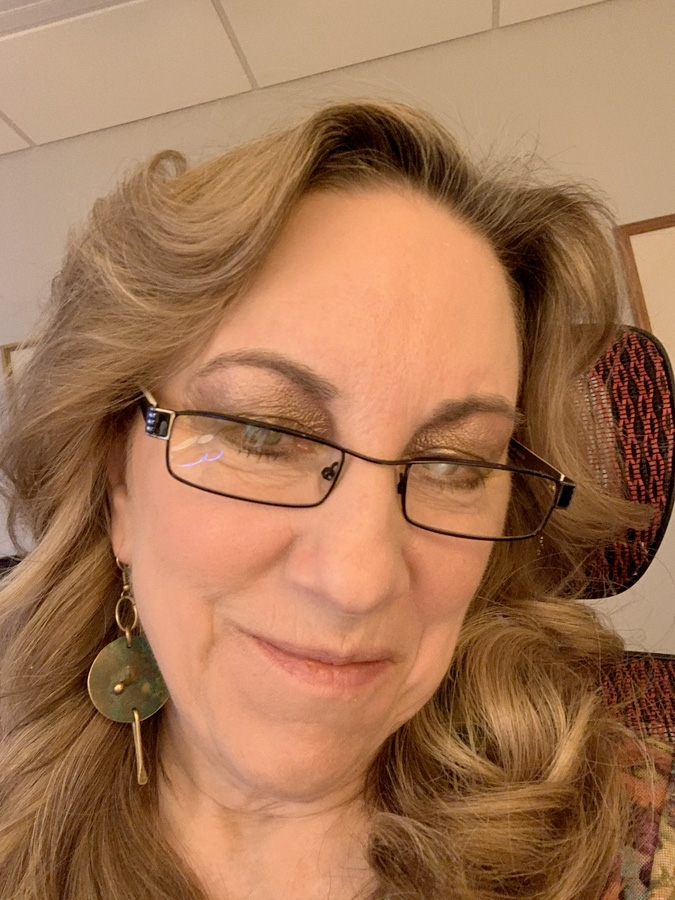